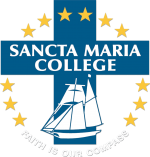 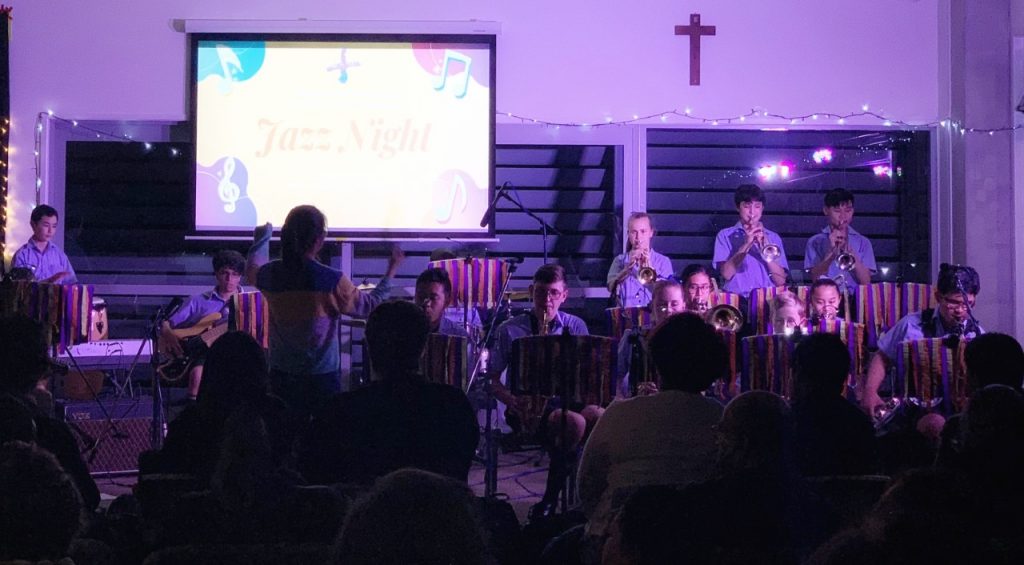 The bands performed superbly in front of the audience. Listening to amazing solos, great rhythms and sensing the musicians’ passion, the audience enjoyed every moment of every performance.

As the night came to a close we had the Big Band on stage to perform. Their set included ‘’Splanky”, featuring soloists Minju Kim, Jenna Aspeling, and Phoebe Kong, ‘So Dance Samba’ featuring one of our talented singers, Daniella Joven and ‘Tweet Fatigue’ featuring Adrian Vargas, Jenna Aspeling, Minju Kim and Andrew Choi with his triangle skills.

Mr Cho and his students had been planning this This ‘one night only’ event for 3 months. Year 13 leaders Phoebe Kong, Peter Brzozowski and Daniella Joven decided on the theme of ‘Mardi Gras’, with colourful celebration and rich food

Earlier in the day, the students had set up the event in the staff room during Period 5. Rearranging the tables and chairs, the staffroom was organised into the perfect venue. Students set up sound, lights, food and drinks, music equipment and board games. Everyone did their part without hesitation and everything fell into place as planned.

The night was enjoyed by many as the audience were presented with food and beverages by Mrs Rehu and her Year 13 Food Tech students. They were kind enough to cook and serve delicious food for the crowd. It was cool to see everyone taking part. But the one thing that completed the night were the board games. They came in various choices such as Jenga, Chess, Uno, and many more. Not only they were the audience intrigued by the music, but also the games they were playing.

With tickets sold out, food and drinks and board games, we made a total of almost $2000 on the night. The money raised will be going towards the Wellington Jazz Trip in 2021.

After a year of hard work, everything paid off with great results for our school, especially the music department. We would like to thank the staff for their support of this event, our students who either took part in playing or helped organise the night, Mr Cho who supported the students throughout, and especially to our audience who came and enjoyed the growth and development of the College’s jazz bands. 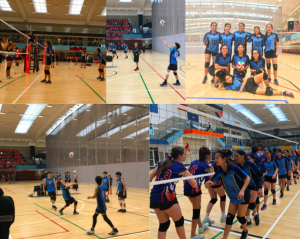 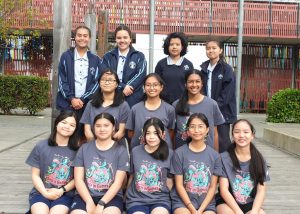 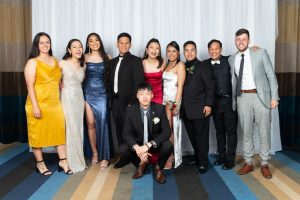 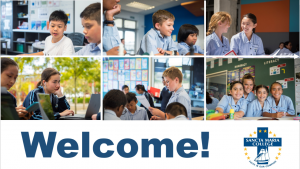 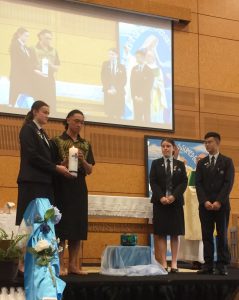 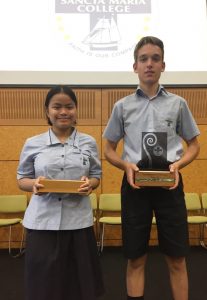